The NHL does not Discriminate

These days, talk about homosexuality and how people feel about it is everywhere. This includes the sports world. In fact, USA Today recently polled 35 NHL players to find out how they would feel about having an openly gay teammate. 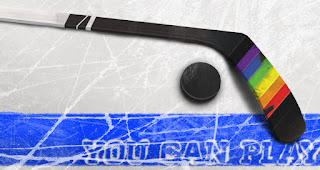 The results of this poll might surprise you. All but one player said they’d be welcoming to a gay teammate. And, these results really aren’t anything new.

Back in 2006, Sports Illustrated performed a similar poll and found that a whopping 80% of NHL players were willing to accept a gay teammate- a higher percentage than was found in any other major sports league.

Perhaps the reason that most players would feel so comfortable with a gay teammate is the fact that 42% think they’ve had a gay teammate in the past, according to a 2010 poll from ESPN The Magazine.

Or, maybe the reason that NHL players feel the way they do is the fact that the NHL has been a notoriously gay-friendly sport. Since 2013, the organization has partnered with the “You Can Play Project,” which seeks to make sports more equitable for all in every way.

No matter how one feels about the issue, it’s obvious that sports, including and especially professional hockey, are making strides to welcome everyone, regardless of sexuality.

Posted by Big Bear Tournaments at 12:30 AM
Email ThisBlogThis!Share to TwitterShare to FacebookShare to Pinterest
Labels: you can play project